Saturday was Day One of the Showcase Weekend for the BC Major Midget Hockey League, with five games taking place throughout the day at the Richmond Olympic Oval. I had already known the league schedule in advance and was aware long ago that there would be a whole slew of games taking place this weekend, so it would have been a perfect couple of days to check out the food at the O Cafe. Instead, I inexplicably already checked the O Cafe out the previous weekend, rendering this trip now meaningless. 😦  I should have skipped going to the O Cafe the weekend before and just came this time, but oh well….

And of course, I didn’t pack a lunch or any food so by noon I was hungry, and had no choice but to head downstairs to the O Cafe again. (Or else take a shuttle bus to go some place else, but that was too much of a hassle…) After again staring at the menu, I decided to get the breakfast wrap…only to be told they didn’t have any. Therefore, I opted for something simple: a Chocolate Croissant. Cost: C$3.75. Yikes! Served me right for not packing a lunch.

On a day that seemed like nothing went right early on, I noticed that my iPhone had some audio issue when I recorded a video interview with Cariboo Cougars co-coach Bryan MacLean. I sat at one of the tables outside the O Cafe trying to figure out a solution but couldn’t find one. 😦

I was also planning to stick around for the afternoon games at the Oval but got an emergency phone call and had to leave for an errand in West Vancouver. Prior to leaving the Oval, though, I grabbed a couple more BC Major Midget League personnel to do a couple more interviews (Okanagan Rockets GM David Michaud and Vancouver NW Giants assistant coach Kelvin Cech). Might as well, since many of the coaches and managers were there for this Showcase Weekend. Thankfully, the iPhone inexplicably worked fine with good audio this time, so we’ll see if there are any more issues with it next time! 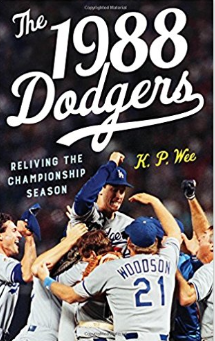 What’s Not So New

About “Let’s Eat Out Once a Week”

KP Wee, the writer of this food blog, is a published author from Vancouver, Canada. He has written several books, including "Tom Candiotti: A Life of Knuckleballs" and "Fess Up, Jessup!" KP also covers major midget hockey in the province of British Columbia. He can be contacted at: kp.wee.is@gmail.com

The End of the Montreal Jinx: Boston’s Short-Lived Glory in the Historic Bruins-Canadiens Rivalry (1988-1994)